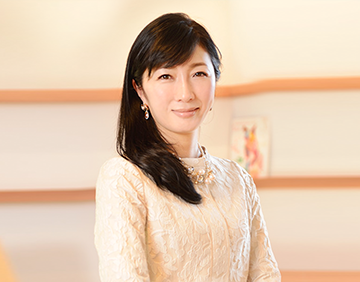 Until now, babysitting services were only targeted at the wealthy, so their use hadn’t become widespread among ordinary families. Kidsline has no enrollment fee or annual membership fee. The rates are structured so that you only pay for what you use. Supporters (sitters), who charge an hourly rate starting from ¥1,000 per hour, can register for their preferred time slots. By using IT, we’ve been able to minimize the cost of matching sitters with parents, enabling us to deliver the cheapest and most convenient service in the industry.
In terms of safety, before going live as a Supporter, all those who register with Kidsline as a Supporter are given on-the-job training in real-life environments after first undergoing an interview with one of our staff. In addition, users of the service write reviews about all of our Supporters, enabling positive feedback and areas for improvement to be shared. Our company constantly checks the quality of the service provided by our Supporters.

Tell us about the service offered by Kidsline.

Why are you offering the Kidsline service?

During my 30s, I gave birth to three children and, in my previous job, became the youngest female president of a listed company in 2012, when my marketing company Trenders was listed in the TSE Mothers index. The only reason that I was able to manage it was because I had babysitters. That’s why, for my second startup, I developed the Kidsline babysitter-matching service.
I devised a service that enables nursery teachers and nurses unable to work full-time, as well as housewives and others with childcare skills, to find a role as babysitters, linking them with working mothers and others in need of this service.

Who are the most typical users?

Working mothers, stay-at-home mothers struggling with childcare, and corporations that are keen to support women in playing an active role in their companies.

Tell us about the prospects for the future.

In the future, I want Kidsline to be able to offer a place for dormant nursery teachers to use their skills. Don’t you think that one of the reasons why Japanese society can’t get serious about childcare is that only a few people are involved with children? I want to transform society through Kidsline by increasing the number of Supporters (sitters) and those who will play key roles in childcare in the future. Japan already faces the problem of dormant nursery teachers (those who hold the national qualification that serves as a license for nursery teachers, but cannot continue to work as a nursery teacher). Working at a nursery school is actually really tough. The hours are long — from early in the morning until late at night — and there are events on the weekends, too. Relationships with others in the workplace and with parents and guardians can also be tricky. That’s why so many nursery teachers quit after a few years and move on to casual work elsewhere. So we’re engaged in activities aimed at attracting these dormant nursery teachers to register as Kidsline Supporters. Everyone’s really pleased when we tell them that Kidsline enables them to work their preferred hours for their preferred hourly rate, and they can pursue the ideal form of childcare. As such, I hope that Kidsline will increasingly provide a route back into the childcare profession for these dormant nursery teachers. The number of companies that allow employees to have side jobs is also increased, so some of the people on our books are company employees with nursery teacher licenses, who work as Supporters on the side. My aims in getting such a diverse array of people involved are to broaden the base of people who will play key roles in childcare in the future and to raise the status of childcare. For example, the fact that some supporters earn as much as ¥700,000 per month through Kidsline is a source of pride for us. I want to build a society in which childcare workers can make a decent living.