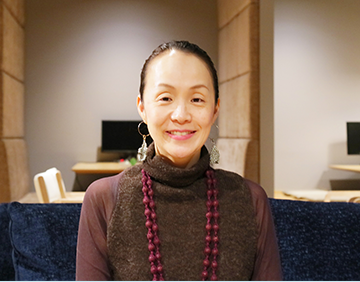 Tell us about the business of FERMENSTATION.

FERMENSTATION is a company dealing in ethanol. Mainly, it is producing ethanol by fermenting and distilling rice and specifically, it is operating the following businesses.

First of all, FERMENSTATION is a coined portmanteau of "fermentation" and "station" with hopes to make the company a platform for fermentation.

The ethanol we develop is not a simple ethanol but instead an organic ethanol made from chemical-free rice. It can also be characterized by the fact that it can be traced.

Originally, ethanol was an industrial product used for purposes such as disinfection and thus required no traceability. However, in recent years, ethanol is used for many cosmetics and other consumer products. Thus, it is impossible to tell what kind of ethanol is used in any product. Of course, it is unnecessary to know the specific kind of ethanol used for every kind of product, but we are producing ethanol based on the idea that traceability is a necessary function for products featuring their safeness.

Tell us what led you to get involved in the development of ethanol.

Originally, I had interest in alternative energy and learned that raw garbage can produce energy so I entered university to study that. At university, I decided to carry out experimental study to produce fuel from rice instead of raw garbage in Oshu City, Iwate Prefecture and this eventually led to the development of ethanol. However, the experimental study was terminated, so I made the initiative in taking over the development and turned it into a business.

Since I had been engaged in the research activity together with Oshu City, Iwate Prefecture (or its local government), our products are sold at "antenna shops" of the prefecture in addition to department stores and specialty stores. In addition, this was not intended but the ethanol business has become a sort of project to economically develop the area since rice can be traced. We were interviewed on television and sometimes even receive compliments such as for being a model of regional revitalization.

Tell us the company's future direction.

At present, we are manufacturing and selling cosmetics and air fresheners by ourselves with an aim to gain publicity. Yet, our ethanol can be used for various products so we are expecting to expand the scope of use by having other companies use it. Anything such as garbage, fruit or rice can be used as long as it contains sugar. 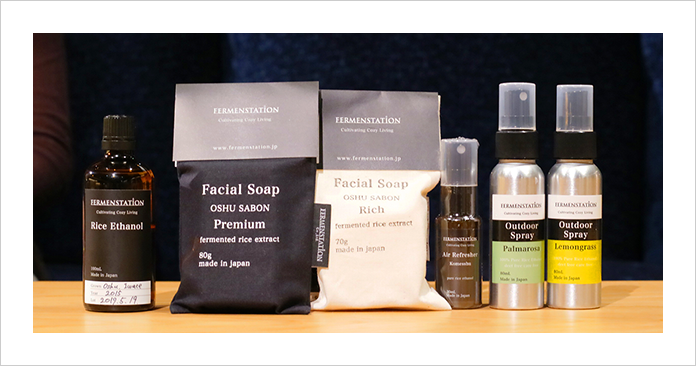 The ultimate goal of FERMENSTATION is to create a society with no unused resources. We are expecting to push forward towards that goal.