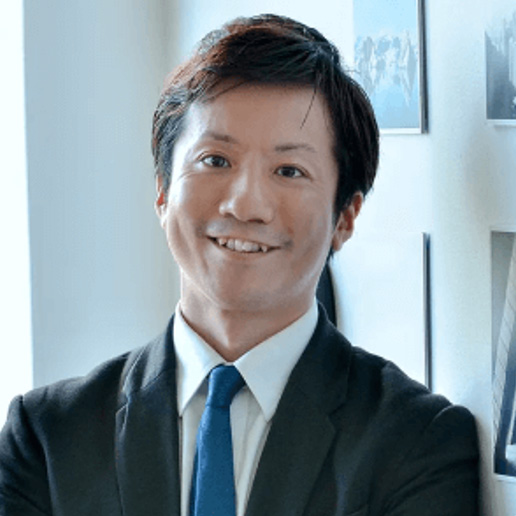 After completing his master's degree at Boston University, he worked in Silicon Valley at Microsoft and TIBCO Software, where he was responsible for developing and driving business strategy for the Pacific Rim market. He has been involved in the strategic management of Yahoo7, a joint venture with Yahoo Japan and Seven West Media, a major media conglomerate in Australia, since 2003. In 2017, he went independent and founded Amber Bridge Partners, a strategic consulting and investment firm with the mission of bridging and collaborating between Japan and the United States. He is also the Managing Director of Mistletoe, a social impact fund and community led by Taizo Son, and an Executive Advisor to Z Corporation, a fund under the SoftBank Group. He is also an external director of S4 Capital, a global business firm headquartered in the UK. He is also an outside director of EdCast, a Silicon Valley startup, and a board advisor to two other U.S. startups. He is also a board advisor to Transformative Technology (a non-profit organization), the world's largest wellbeing technology ecosystem, and the head of its Japan and Asia offices. He is also a board advisor to Transformative Technology, a non-profit organization that operates an ecosystem of wellbeing technologies.