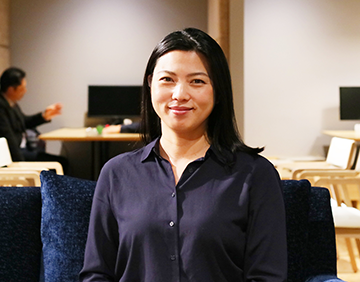 Planning and sale of cosmetic products connected to sustainable society

Tell us about the "coral reef safe sunscreen" offered by GLE.

As the name suggests, it is a sunscreen safe for coral reefs.

I am from Okinawa and I often used to go to the sea in the past. Once, when I went into the sea wearing sunscreen, I was told that the coral reefs could die. I made a search and found that existing sunscreens contain substances that are harmful to coral reefs. This experience was really shocking since I grew up loving the sea but never imagined that I was killing coral reefs.

To begin with, some coral reefs have landscape beauty but actually, they have the effect of reducing CO2 at the same level as that of the Amazon Rainforest. Some fish are dependent on coral reefs so if coral reefs disappear, the ecosystem will be destroyed.

Actually, coral reefs are in a decline around the world and their protection has become an urgent task in foreign countries. However, in Japan, many people who love the sea like me do not know such situation. So, in order to protect the sea and Okinawa, I decided to sell a sunscreen made only of natural ingredients that are harmless to coral reefs.

We also tried crowdfunding and received support from 250 people in an amount of 3.5 million yen.

Who is purchasing the product?

Many of the purchasers are those who were swimming in the sea but did not know that sunscreen can be harmful to coral reefs. Many of them are picking up the product since it is named as it is, "coral reef safe sunscreen." Some customers who haven’t worn sunscreen knowing that it can be harmful to coral reefs have purchased the product, feeling that it is safe to put on. The product is sold at airport shops, Okinawa specialty stores, in-flight sales of airplanes and retail stores.

Decline in the number of coral reefs is not only an issue for Japan but also for the world, and their protection is being discussed around the world. Since coral reefs could die out by simply being trampled in the sea, there are even countries where penalties are imposed on trampling.

As I have described, there are many countries that are potentially in need of sunscreen safe for coral reefs. We would like to sell the product in such countries and areas.