After finishing the Acceleration Program in Japan, we went through the program in New York, U.S., with the ten women entrepreneurs. We would like to explain here the outline of the Overseas Dispatch Program.

As introduced previously, the destination of the first Dispatch Program was New York. We stayed for ten days from January 21 to 31, implementing various programs including meeting with those who already started business on their own and those who work for major companies, holding pitch events, and participating in trade fairs.

Because it was held in New York in the middle of winter, we were somewhat worried about the possibility of bad weather, but it turned out to be even warmer than in Japan. Is this some magic our enthusiastic women entrepreneurs can use?

It was scheduled that during the stay, all the trainees would go through the common program in the morning, and then go on to activities by each company in the afternoon. Here, we would like to explain some of the common programs.

We would like to first introduce mentoring at We NYC. As we referred to in the previous blog, We NYC is an organization supporting women entrepreneurs in New York. We have implemented one-on-one mentoring between women entrepreneurs collaborating with the organization and trainees. In the mentoring session, discussion was held on various themes including the market situation in New York and potential partner companies. In-depth consultation only among women businesspersons was available, and there were many clues for business opportunities. 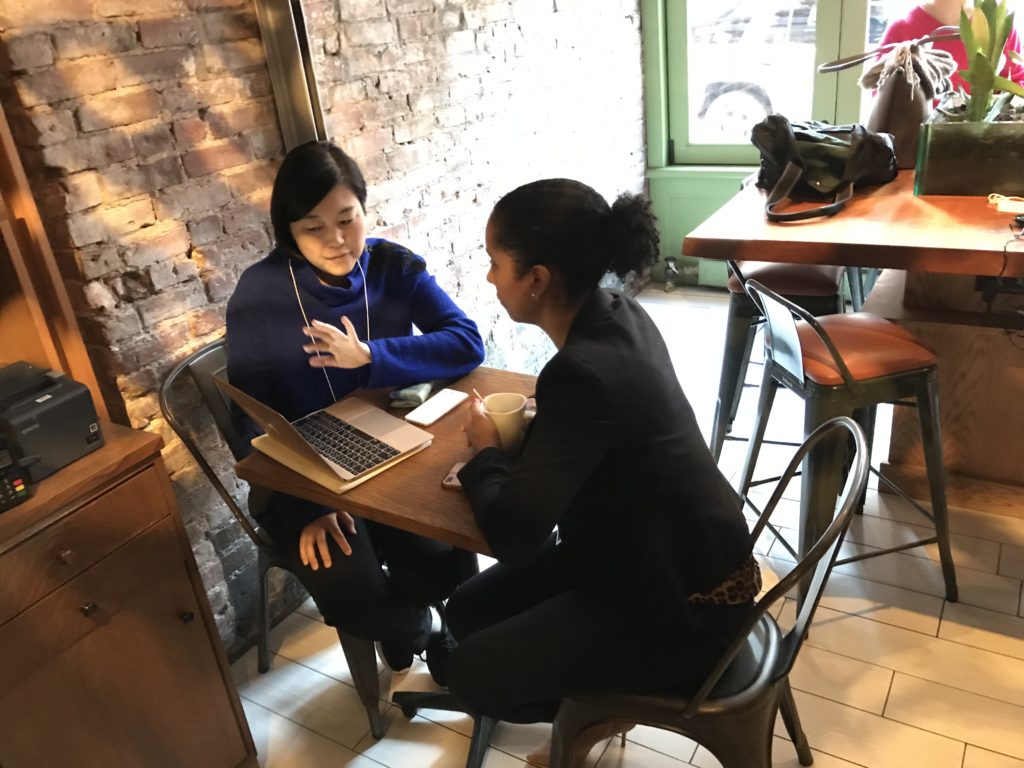 Next, we would like to mention the session with Mr. Yusuke Umeda, Chairman of NewsPicksUSA, a frontrunner entrepreneur that we visited. Mr. Umeda explained to us about how to find the right timing to advance into the New York market, how to employ local human resources, the differences of business environments, and how to communicate with the media.
It seems that many trainees were encouraged by the story told frankly by Mr. Umeda, based on his actual experiences. 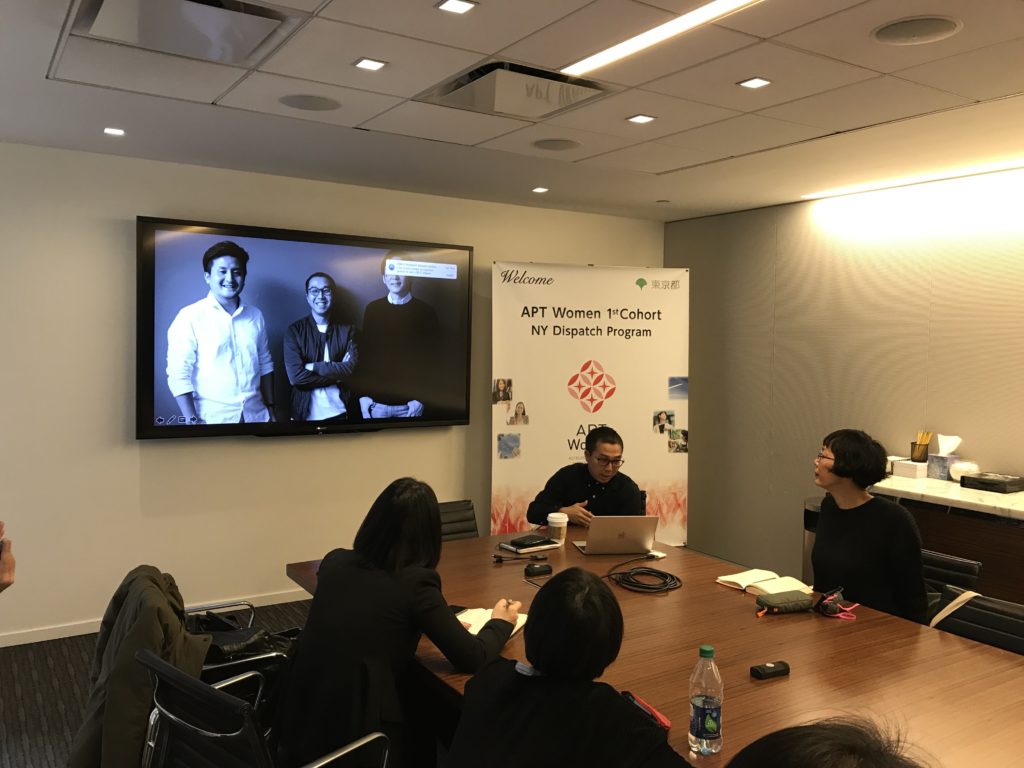 [Exhibition and pitch event by Rising]

Finally, there was a pitch and booth exhibition in the event held by Rising Startup. There were many visitors at the event, and the venue was full of excitement. There was a constant stream of visitors at the booth, and business talks and discussions on potential future collaboration were going on.

There was feedback from all the participants that they obtained some important findings through this dispatch program.

We are continuously working on fine-tuning the program with lecturers so that it will become useful for women entrepreneurs also in the second season. Please look forward to it!