On September 29, 2017, at 6:00 pm, a commemorative APT Women 1st Cohort Program Kick-off Event was held at the Tokyo International Forum.

The event was attended by Yuriko Koike, Tokyo Metropolitan Governor, 20 participants selected through a competitive examination process, and many others. 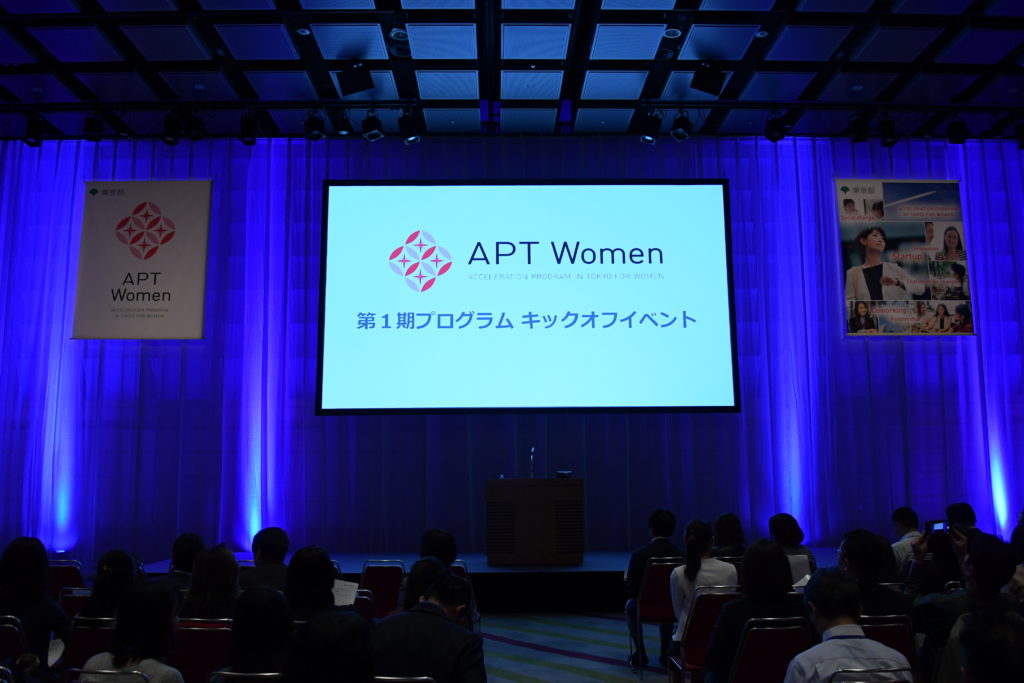 At the kick-off event, the Administrative Office personnel gave a brief explanation on the program, followed by a speech by Governor Koike.

She shared her experience attempting to start a new business and working hard to raise funds.

She encouraged all women who have made up their minds to pave their way into entrepreneurship, including the selected 20 participants.

Ms. Takahashi is often featured on television and in magazines as a housekeeping and Japanese lifestyle commentator.

She also supervised the rendering of housekeeping service in a drama produced by TBS, “Nigeru ha haji daga yakunitatsu” (2016).

In addition, Ms. Mariko Tokioka, founder/CEO of EastMeetEast Inc. and awardee as one of the “55 Women in Global Leadership ” by Forbes JAPAN 2016,

Mr. Yasuhiro Yamakawa, an associate professor at Babson College who has been winning 1st prizes in U.S. entrepreneurship education for more than 20 years,

Ms. Ganz is famous as one of President Obama’s campaign staff who organized volunteer groups with a public narrative and community organizing model, which contributed to the first African-American becoming US president.

We are looking forward to seeing how the 1st Cohort participants will build on their capabilities through the program.